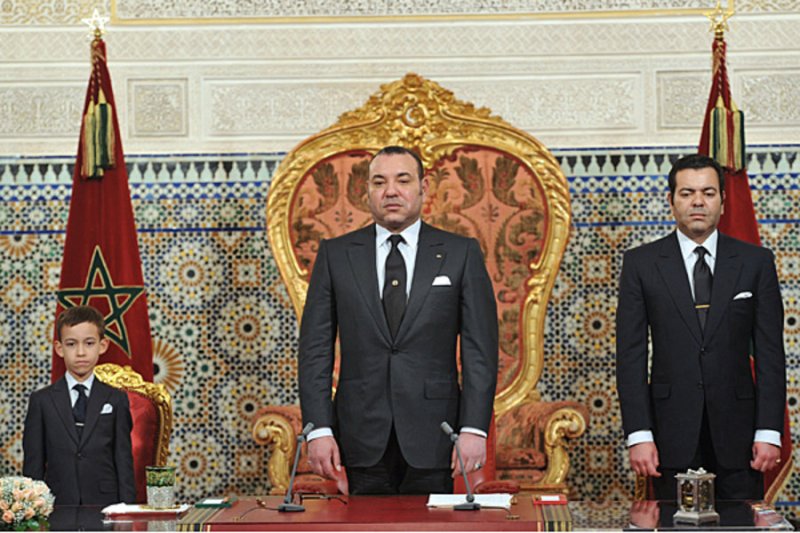 Mohammed VI of Morocco heads the Alaouite dynasty, or Alawite dynasty,  the current Moroccan royal family. The name Alaouite comes from the ‘Alī of ‘Alī ibn Abī Ṭālib, Muhammad’s son-in-law and cousin, whose descendant Sharif ibn Ali became Prince of Tafilalt in 1631. His son Mulay Al-Rashid (1664–1672) was able to unite and pacify the country. The Alaouite family claim descent from Muhammad through his daughter Fāṭimah az-Zahrah and her husband ‘Alī ibn Abī Ṭālib. Born 21 August 1963) Mohammed VI is the King of Morocco. He ascended to the throne on 23 July 1999 upon the death of his father, King Hassan II. Mohammed was the second child and oldest son of Hassan II and his second wife, Lalla Latifa Hammou. He is a known reformist, the creator of the highly opposed family code, or Mudawana, which granted women more power. Mohammed also created the so-called Instance Equité et Réconciliation (IER), which was tasked with researching human rights violations under Hassan II. This move was welcomed by many as promoting democracy, but was also criticized because reports of human rights violations could not name the perpetrators. Mohammed VI is Morocco’s leading businessman and banker. In 2015, he was estimated by Forbes magazine to be worth US$5.8 billion, and the Moroccan Royal Family has one of the largest fortunes in the world. Along with his family, they hold the majority stakes in the Société Nationale d’Investissement (SNI), which was originally state-owned but was merged in 2013 with Omnium Nord Africain (ONA Group), to form a single holding company that was taken off the Casablanca Stock Exchange—resulting in the scrapping of an equivalent of 50 billion Dirhams Market cap (~US$6 billion). 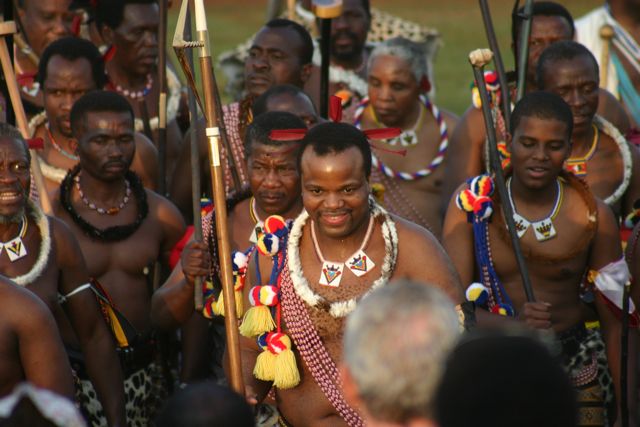 Swaziland or officially the Kingdom of Eswatini since 19 April 2018  is a landlocked sovereign state in Southern Africa. It is bordered by Mozambique to its northeast and South Africa to its north, west and south. The country and its people take their names from Mswati II, the 19th-century King under whose rule Swazi territory was expanded and unified. Mswati III (born as Prince Makhosetive on 19 April 1968) is the King of Swaziland and head of the Swazi Royal Family. He was born in Manzini, Swaziland, to King Sobhuza II and one of his younger wives, Ntombi Tfwala. He was Tfwala’s only child. He was crowned as Mswati III, Ingwenyama and King of Swaziland, on 25 April 1986 at the age of 18, thus becoming the youngest ruling monarch in the world at that time. Together with his mother, Ntombi Tfwala, now Queen Mother (Ndlovukati), he rules the country as an absolute monarch. Mswati III is known for his practice of polygamy (although at least two wives are appointed by the state) and currently has 15 wives. Mswati was introduced as Crown Prince in September 1983 and was crowned king on 25 April 1986, aged 18 years and 6 days, and thus making him the youngest reigning monarch until the ascension of King Jigme Khesar Namgyel Wangchuck of Bhutan on 14 December 2006; he was also the youngest head of state until Joseph Kabila took office on 26 January 2001 as President of the Democratic Republic of the Congo. The king and his mother, whose title is Indlovukati (“Great She-Elephant”), rule jointly. He has been named the third wealthiest King in Africa by an international business website. Business Insider reported that he has a net worth of US$200 million. 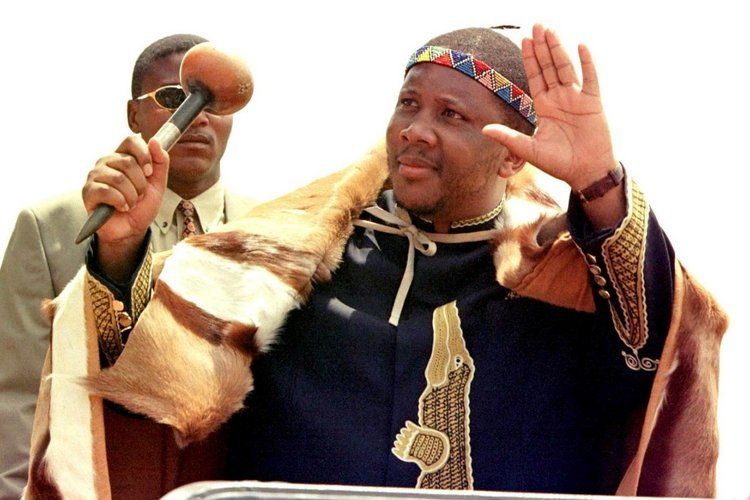 Letsie III (born David Mohato Bereng Seeiso; 17 July 1963) is the current king of Lesotho. He succeeded his father, Moshoeshoe II, when the latter was forced into exile in 1990. His father was briefly restored in 1995 but soon died in a car crash in early 1996, and Letsie became king again. As a constitutional monarch, most of King Letsie’s duties as monarch of Lesotho are ceremonial. Letsie III of Lesotho was born in Lesotho, Morija. Little is known about his networth although his net worth is estimated to be in the range of approximately $1,492,925,478 in 2018, according to the users of vipfaq. The estimated net worth includes stocks, properties, and luxury goods such as yachts and private airplanes. 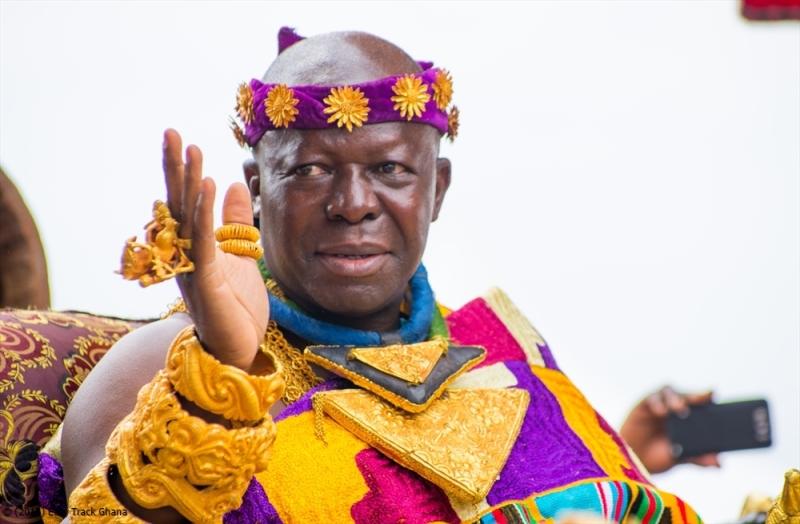 Otumfuo Osei Tutu II is the 16th King of the Ashanti Kingdom in Ghana, a very powerful kingdom in Ghana. He was born in May 1950 and ascended the throne in April 1999. He is the absolute monarch and head of the Ashanti royal house of Oyoko. After studying in the United Kingdom, Osei Tutu II worked briefly in private and public organizations in the United Kingdom and Canada before returning to Ghana in 1989 to set up Transpomech Ghana, a $12 million company that provides mining equipment to several large industrial companies in Ghana. The King also owns an extensive real estate in Ghana and South Africa as well as a collection of valuable gold crown jewels. 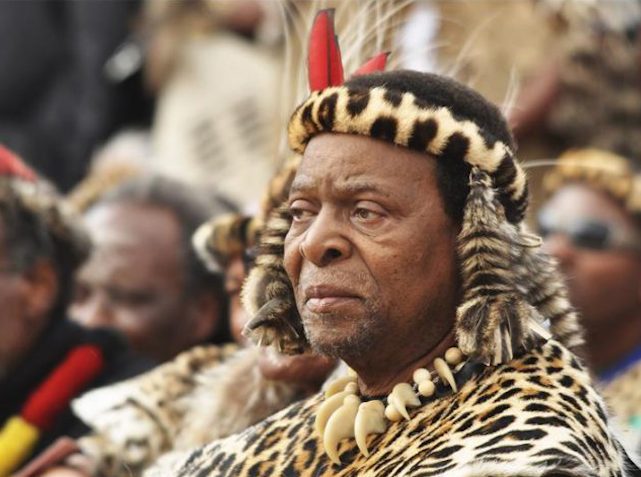 Born on 14th July 1948 at Nongoma) is the reigning King of the Zulu nation under the Traditional Leadership clause of South Africa’s republican constitution. He became king on the death of his father, King Cyprian Bhekuzulu kaSolomon, in 1968. Prince Israel Mcwayizeni kaSolomon acted as the regent from 1968 to 1971 while the King took refuge in St. Helena for three years to avoid assassination.[by whom?] After his 21st birthday and his first marriage, Zwelithini was installed as the eighth monarch of the Zulus at a traditional ceremony at Nongoma on 3 December 1971, attended by 20,000 people. He receives an annual allowance of about $6 million to cater to the needs of his royal household. He also gets to enjoy other perks like frequent private air travel and keeps an exotic collection of automobiles, all paid for by South Africa’s taxpayers.