The Islands of Africa tell stories of lonely explorers, curious minds looking to the horizon for answers, shipwrecked pirates looking for solace and replenishment. These Islands have welcomed many a curios adventurer to the shores of the Motherland. Shores that still amaze, and enchant us to this very day. We set forth to tell the story, to the best of our ability, of four of the most mysterious Islands in the continent…

In Table Bay, 6.9 kilometers west of the coast of Bloubergstrand, Cape Town, South Africa lies the infamous Robben Island.  The name is Dutch for “seal island.” Although the Seals were not the only mammals to call the place home, Nobel Laureate and former President of South Africa Nelson Mandela was imprisoned there for 18 of the 27 years he served behind bars before the fall of apartheid.

Since the end of the 17th century, Robben Island has been used for the isolation of mainly political prisoners. The Dutch settlers were the first to use Robben Island as a prison. Its first prisoner was probably Autshumato in the mid-17th century.  Autshumato was a Strandloper, a Bushmen-derived people who live by hunting and gathering food along the beaches of south-western Africa, originally from the Cape Colony to the Skeleton Coast. He was a leader who worked as an interpreter for the Europeans in present-day South Africa during the time of the establishment of the Dutch settlement on the Cape of Good Hope in 1652. He moved to Robben Island with a group of people and worked as postman and liaison for European ships passing the island. Moving back to the mainland 8 years later, Autshumato worked to create trade between the Khoi and the Dutch.

Autshumato was imprisoned on Robben Island because after the effect of the alcohol had passed, the Khoi Khoi tribesmen became angry and stole from the Dutch who they felt had cheated them. The hot soup was served to Autshumato and he was locked up in the Island. After one and a half years on the island he and another Khoi escaped from the island on a rowboat in true Shawshank style. One year later Autshumato applied for and received permission to again live and work near the Dutch settlement, resuming his role as an interpreter. He died in 1663.

The island was also used as a leper colony and animal quarantine station. Starting in 1845 lepers from the Hemel-en-Aarde (heaven and earth) leper colony near Caledon were moved to Robben Island when Hemel-en-Aarde was found unsuitable as a leper colony. Initially this was done on a voluntary basis and the lepers were free to leave the island if they so wished. In April 1891 the cornerstones for 11 new buildings to house lepers were laid. After the introduction of the Leprosy Repression Act in May 1892 admission was no longer voluntary and the movement of the lepers was restricted. Prior to 1892 an average of about 25 lepers a year were admitted to Robben Island, but in 1892 that number rose to 338, and in 1893 a further 250 were admitted.

Seagoing vessels must take great care navigating near Robben Island and nearby Whale Rock (it does not break the surface) as they pose a danger to shipping. A prevailing rough Atlantic swell surrounds the offshore reefs and the island’s jagged coastline. Stricken vessels driven onto rocks are quickly broken up by the powerful surf. There are a total of 31 known vessels that have been wrecked around the island. 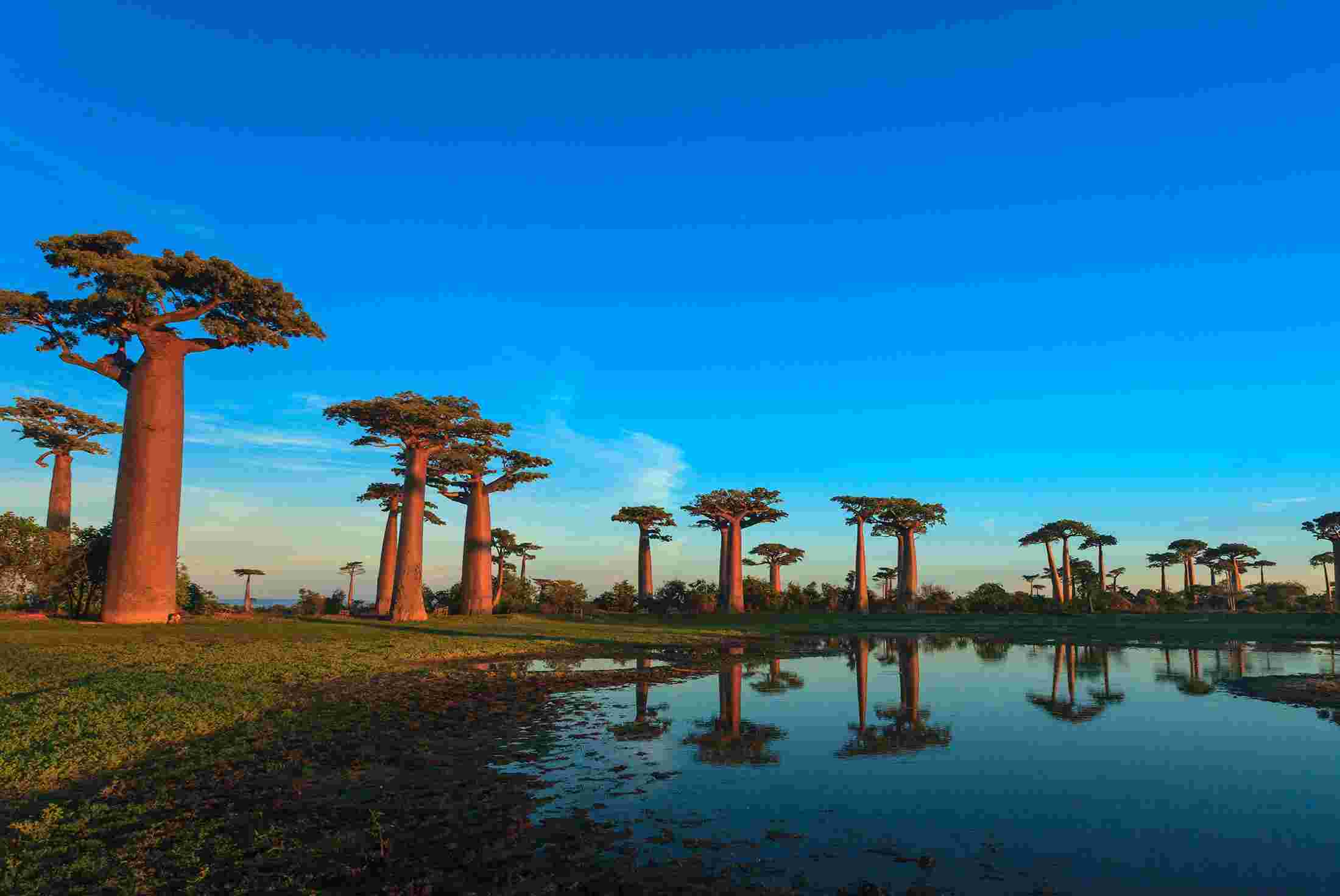 Mostly when we hear of this Island off the coast of South Africa we all go, All Hail King Julien! Although there is much more to this Island other than the Dream Works rendition we all so love, and if you don’t, you have no soul, and you are going to hell! Moving along swiftly, officially the Republic of Madagascar, and previously known as the Malagasy Republic, is an island country in the Indian Ocean. The nation comprises the island of Madagascar, (the fourth-largest island in the world), and numerous smaller peripheral islands. Following the prehistoric breakup of the super continent Gondwana, Madagascar split from the Indian peninsula around 88 million years ago, allowing native plants and animals to evolve in relative isolation. As a result of the island’s long isolation from neighboring continents, Madagascar is home to an abundance of plants and animals found nowhere else on Earth. The island of Madagascar is a home to almost 25000 species of wild animals with a good number being endangered species. Animals like the Lemurs, 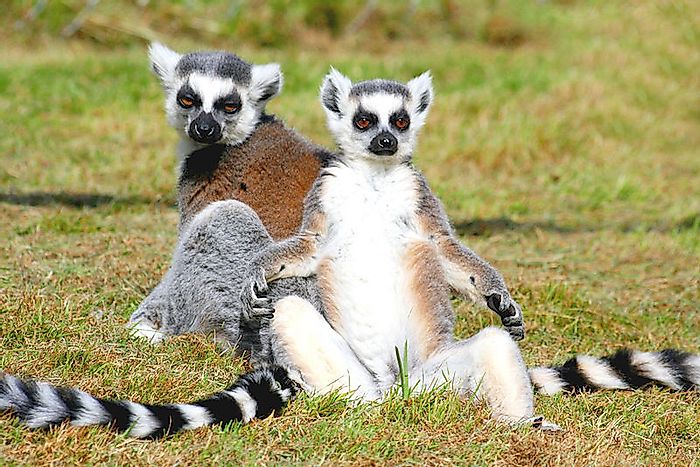 again say it with me, All Hail King Julien, Fossa, a close relative of the mongoose, it grows to a length of 6ft (1.8 m) from the tail to the nose and weighs up to 26 pounds (12 kg). The animal has a slender body and appears more like a cat with little resemblance to their relative mongoose. 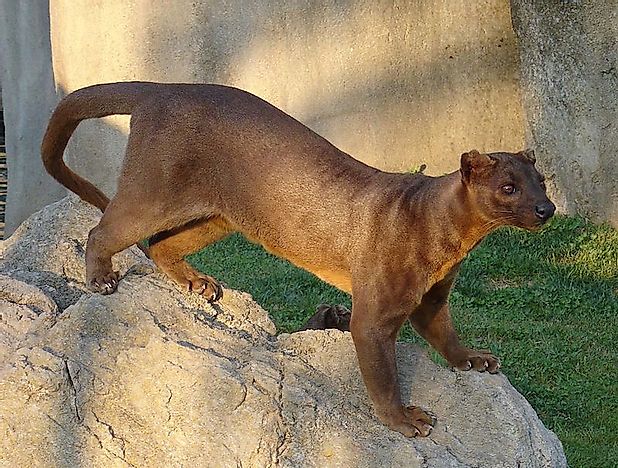 but if it can do what a mongoose can I steer away from it. That’s not even the icing on the cake because what party would be complete without a Panther Chameleon to boggle our minds a bit. It is one of the most colorful with widest color variations of all the chameleons, they are also larger and the most sought after by reptile keepers and traders. 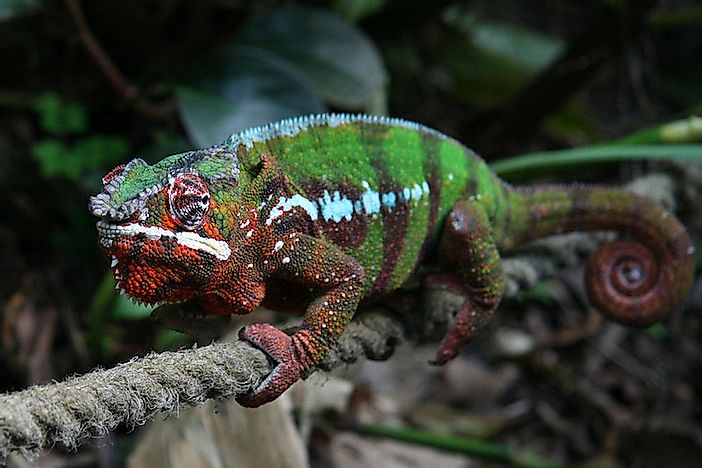 Madagascar’s varied fauna and flora are endangered by human activity. Since the arrival of humans around 2,350 years ago, Madagascar has lost more than 90 percent of its original forest.

Ever heard of the the Nestorian Church? If not, you are in for a treat! Socotra is an island off of the coast of east Africa that is governed by Yemen. For centuries all the inhabitants of the islands of Socotra belonged the Ancient Assyrian Church of the East, which was known as the Nestorian Church. The Nestorian Church was an Eastern Christian Church with an independent hierarchy since the Nestorian Schism (431–544), which was a split between the Christian churches of Sassanid Persia,the last kingdom of the Persian Empire before the rise of Islam, which affiliated with Nestorius, Archbishop of Constantinople from 10 April 428 to August 431, and churches that rejected him. While tracing its history to the late first century CE in the satrapy, (provinces governed by a satrap or the governors of the provinces of the ancient Median and Achaemenid Empires), of Asōristān ruled by the Parthian Empire. From there it spread to other parts of Asia during the late antiquity period and throughout the Middle Ages.

It originated as an eastern branch of Syriac Christianity, and used the East Syriac Rite in liturgy. It developed distinctive theological and ecclesiological traditions, and played a major role in the history of Christianity in Asia.The Assyrian Church of the East thrived for centuries in these lands yet most of its churches were eradicated by Islamic warriors, leaving only the churches of India and a community in the original Assyrian homeland of the region of modern Iraq and Iran. One of the longest lasting churches established by Assyrian missionaries, that eventually also fell victim to the Muslim Jihad, was the Nestorian Church of the Island of Socotra which endured for over a thousand years. 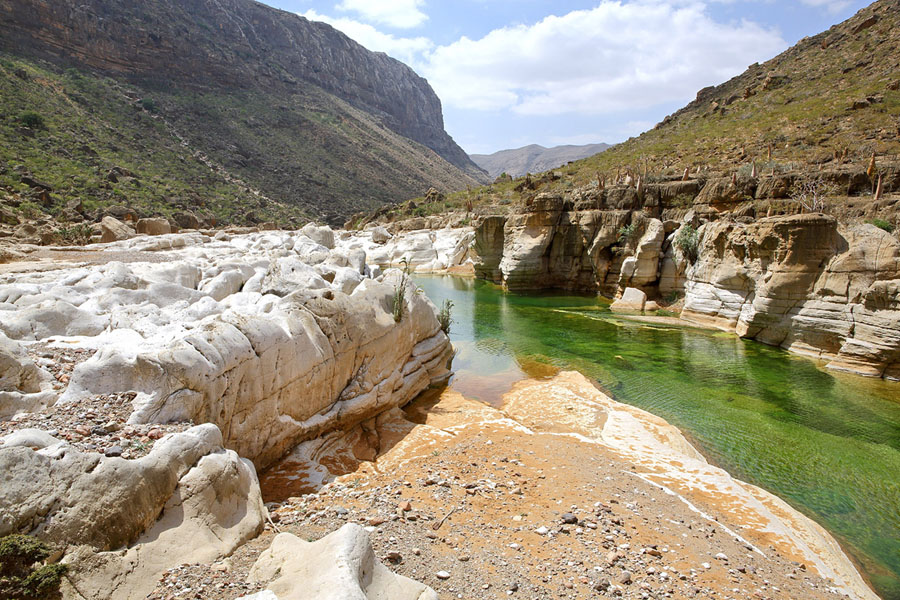 The territory is located near major shipping routes and is officially part of Yemen, and had long been a subdivision of the Aden Governorate. In 2004, it became attached to the Hadhramaut Governorate, which is much closer to the island than Aden (although the nearest governorate was the Al Mahrah Governorate).

“Fifteen men on the dead man’s chest, yo–ho–ho and a bottle of rum,” This Island truly reads like the infamous adventures from Robert Louis Stevenson’s Treasure Island , or the Pirates of the Caribbean, which ever side the toast is buttered. This Island is not just famous for the lady selling sea shells on the sea shore, it is also an Island full of stories of spirits that communicate through dreams, headless pirates in search of treasure, and so much more! Among those who like to speculate about the whereabouts of the hidden treasures of long-dead buccaneers, 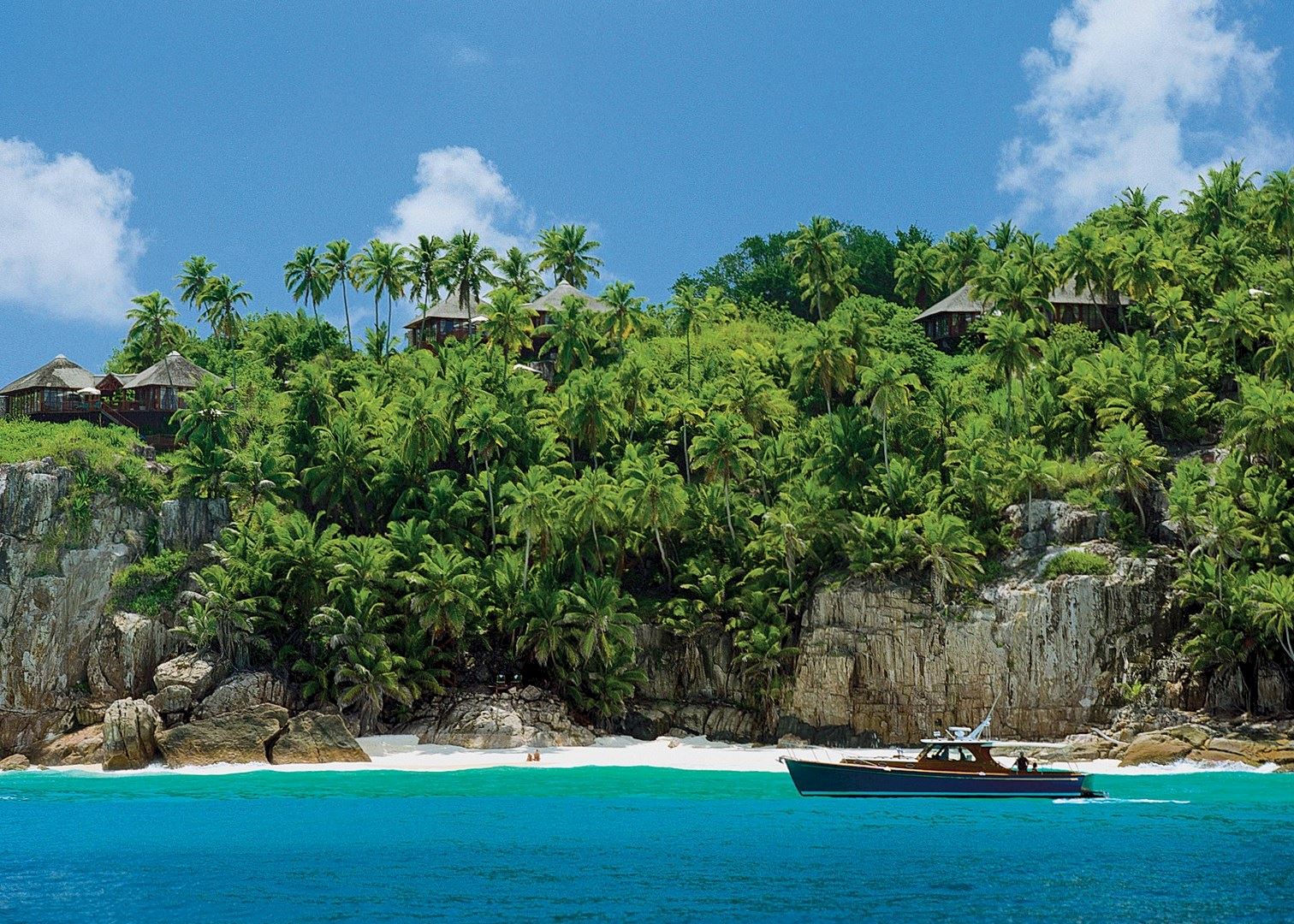 Fregate Island in the Seychelles is one of the favorite possibilities where the famous treasure of Olivier le Vasseur or ‘La Buse’ might one day be uncovered. Nicknamed La Buse (“The Buzzard”) or La Bouche (“The Mouth”) in his early days, called thus because of the speed and ruthlessness with which he always attacked his enemies. He is also known for allegedly hiding one of the biggest treasures in pirate history, estimated at over £1 billion, and leaving a cryptogram behind with its whereabouts. 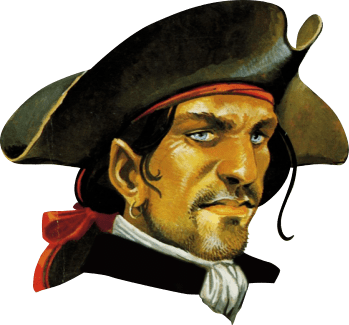 Fregate Island is the easternmost of the inner granitic islands of the Seychelles archipelago and the seventh largest out of the entire collection of 115 islands scattered across the western Indian Ocean. Many Islands have their own story of pirates but we firmly believe that [the treasure] is on this Island. And so do many other people such as Ian Fleming [author of the famous James Bond spy novels] who at some point was involved in the search.