Taboos are infringed in the fabric of African society. Ranging from marital taboos that prohibit marriage between relatives, to more complex, and sometimes absurd taboos like pot breaking which in some African communities is likened to a woman’s uterus and if a woman was to break it means she has destroyed a whole linage. Probably the most and sad of all taboos though is a taboo that is practiced in many communities across Africa. A taboo that leaves helpless children, starving, unloved, on their own, practically left to die as the community looks on. This is the Taboo of the cursed children considered to be bad luck in Africa.

Antambahoaka. Antambahoaka literally means “Those of the people”. With a population of 0.4% they are the smallest tribe in Madagascar numbering around 50,000 in 2013. They live around Mananjary south of the Betsimisaraka territory on the southeast coast of Madagascar. They share their origins with the partially Arab Antaimoro people, from whom the group split in the 15th century under a leader named Ravalarivo. From the little the little that is known, one shocking taboo sticks out like a sore thumb, when the women give birth of twins, to keep the babies is not allowed. Formerly, the mothers had no choices, they had to kill their children. For the Antambahoaka, the twins have no right to live, they are considered as cursed animals.It is a curse that dates back to the first Antambahoaka.  According to the legend when he arrived at the mouth of Sakaleona River, north of Mananjary, this man chose a wife. The wife he chose fell pregnant with twins and was killed. This apparently happened to two of his successive wives. He therefore swore none of his decendants will be bor a twin, signing the death warrant of generations of twins thereafter.

This is probably one of the most heartbreaking stories on this list,  Pastors in Nigeria claim illness and poverty are caused by witches who bring terrible misfortune to those around them. And those denounced as witches must be cleansed through deliverance or cast out. This deep seated belief in witches causing life’s misfortunes has led to many children being killed or abandoned after being accused of being witches. The picture of a white, tattooed, lady, Anja Ringgren Lovén, feeding a naked malnourished child is probably the best depiction of the state of child witches in Nigeria, the boy in that picture was lucky, he survived the ordeal, many are not as lucky and if they manage to survive their frightful ordeals they are scared from it for life. From machete scars to boiling hot water scalding, the list is endless. Children are branded witches for a whole host of reasons; a recent death in the family, poverty, mental disability, among many others. 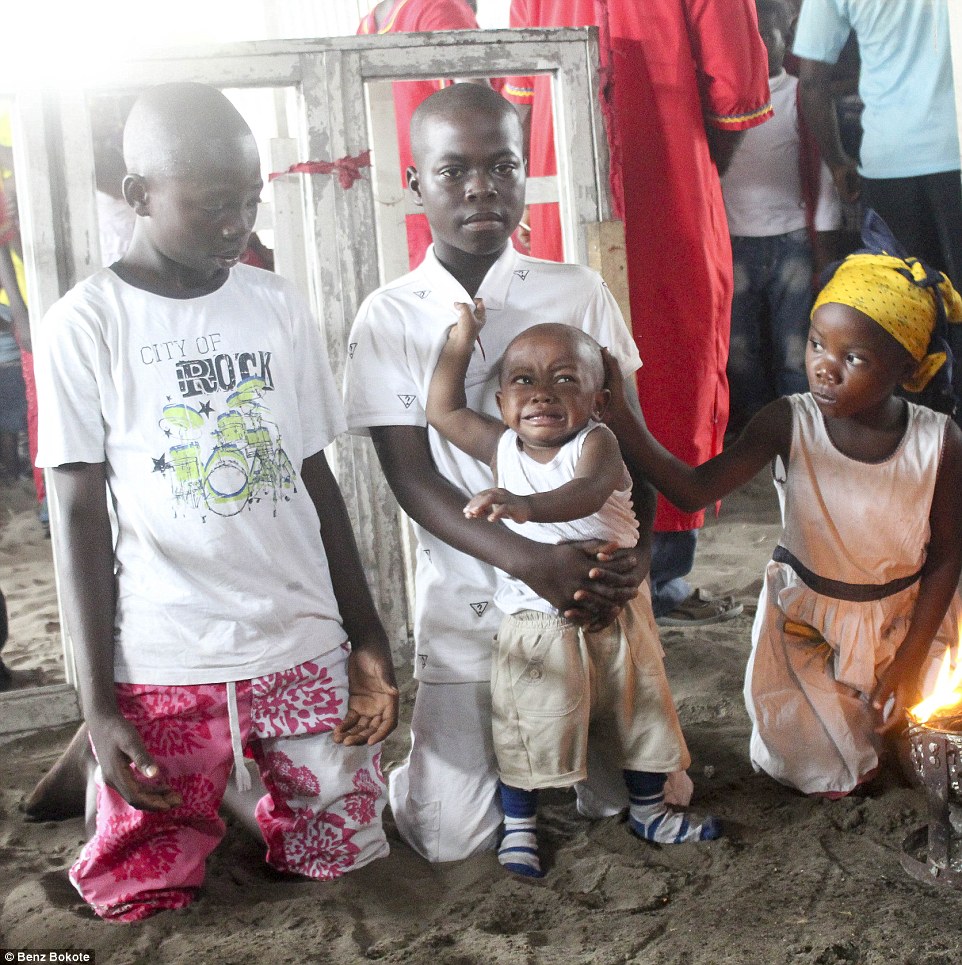 There are around 50,000 children living on the streets of Kinshasa, all abandoned after being accused of witchcraft. The communities say they are capable of horrific crimes, drinking the blood and eating the flesh of their relatives. Sorcery charges are increasingly being used by poverty-stricken Congolese families as an excuse to abandon their children. According to a report on street children by the NGO World Vision – which is supporting Mama Rose’s foundation, Esango, (meaning joy in Lingala) – the Democratic Republic of the Congo has experienced a marked increase in the number of street children and street gangs, a development that owes much to the country’s rapid urbanization. The highest concentration of street children is in Kinshasa. The report said becoming an orphan and being brought up by relatives is a risk factor, as is the arrival of a step-parent. Aggressive behavior or a solitary temperament can leave children vulnerable to accusations of witchcraft, as can physical deformities or conditions such as autism. From war to witchcraft, it seem like some children in Congo can’t catch a break.

Mingi is the traditional belief among the Omotic-speaking Karo and Hamar tribes in southern Ethiopia that adults and children with physical abnormalities are ritually impure. The elders believe if allowed to live children physical abnormalities will bring death and widespread suffering to the entire tribe. Babies born to unwed mothers, twins, and children with abnormal teeth are declared Mingi and killed. The children are killed by filling the baby’s mouth with dirt and allowing them to suffocate, hitting them in the head with rocks, throwing them in a near by river, or abandoning them in the wild to be eaten by hyenas. This practice occurs in the Omo Valley of southwest Ethiopia.