Swahili, also known as Kiswahili, (translation: language of the Swahili people), is a Bantu language and the first language of the Swahili people. It is a lingua franca, a language that is adopted as a common language between speakers whose native languages are different, of the African Great Lakes region and other parts of eastern and south-eastern Africa, including Tanzania, Kenya, Uganda, Rwanda, Burundi, Mozambique, and the Democratic Republic of the Congo (DRC). Comorian, spoken in the Comoros Islands is sometimes considered to be a dialect of Swahili, though other authorities consider it a distinct language. Swahili is a Bantu language of the Sabaki branch. The Sabaki languages are the Bantu languages of the Swahili Coast, named for the Sabaki River. In addition to Swahili, they include Ilwana (Malakote) and Pokomo on the Tana River in Kenya, Mijikenda, spoken on the Kenyan coast; and Comorian, in the Comoro Islands.

The Athi River is called the Galana and Sabaki in its lower course.

Its old name was Kingozi, but as traders came from Arab countries, their vocabulary intermingled with the language. It was originally written in Arabic script. The earliest known documents written in Swahili are letters written in Kilwa, a community on an Indian Ocean island off the southern coast of present-day Tanzania in eastern Africa. Historically, it was the center of the Kilwa Sultanate, (a medieval sultanate whose authority at its height in the 13th-15th centuries AD stretched the entire length of the Swahili Coast), in 1711 in the Arabic script that were sent to the Portuguese of Mozambique and their local allies. The original letters are preserved in the Historical Archives of Goa, India. 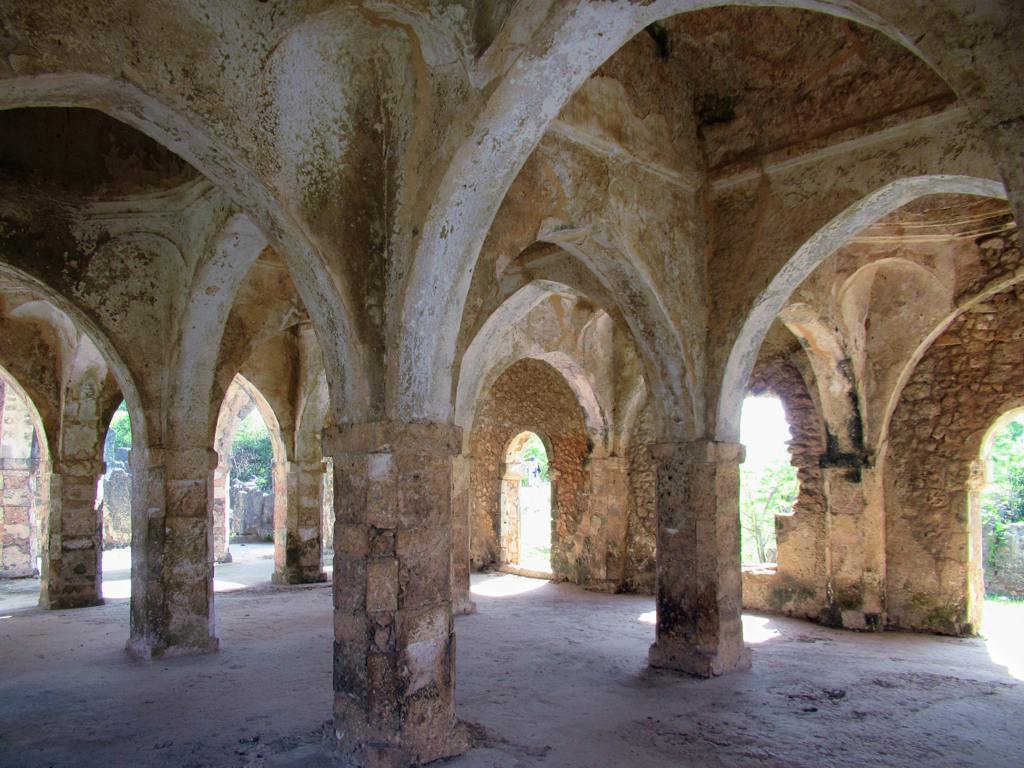 Swahili has become a second language spoken by tens of millions in three African Great Lakes countries (Tanzania, Kenya, and the DRC) where it is an official or national language. It is the only African language in the African Union. In 2016, Swahili was made a compulsory subject in all Kenyan schools. Swahili and closely related languages are spoken by relatively small numbers of people in Burundi, Comoros, Malawi, Mozambique, Uganda, Zambia and Rwanda. The language was still understood in the southern ports of the Red Sea in the 20th century.

Unlike the vast majority of Niger-Congo languages, Swahili lacks contrastive tone, in many tonal African languages, such as most Bantu languages, tones are distinguished by their pitch level relative to each other, known as a register tone system. That and the language’s shallow orthography, the conventional spelling system of a language, make Swahili to be one of the easiest African language for an English speaker to learn. Swahili is currently written in an alphabet close to English, except it does not use the letters Q and X. The language used to be written in the Arabic script. Unlike adaptations of the Arabic script for other languages, relatively little accommodation was made for Swahili. There were also differences in orthographic conventions between cities and authors and over the centuries, some quite precise but others different enough to cause difficulties with intelligibility. 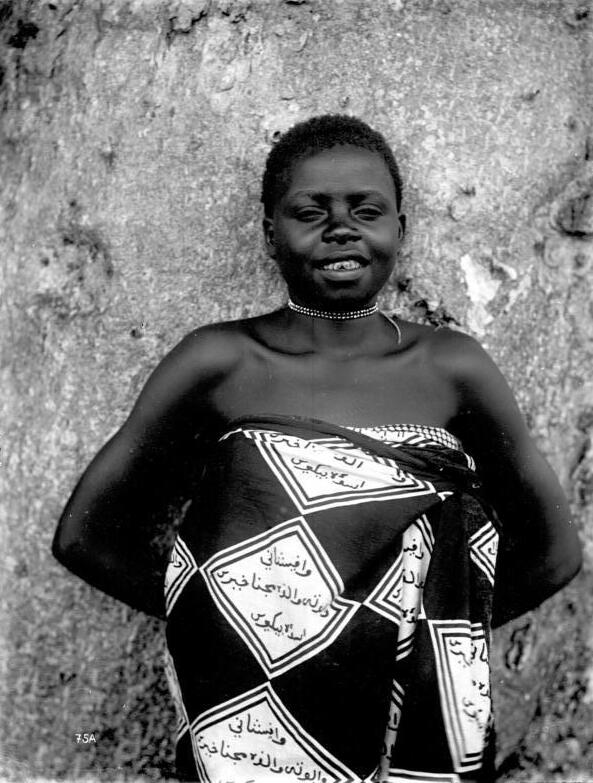 Swahili in Arabic script on the clothes of a woman in Tanzania (ca. early 1900s)

Modern standard Swahili is based on Kiunguja, the dialect spoken in Zanzibar Town, but there are numerous dialects of Swahili, some of which are mutually unintelligible, such as the following;