Conrad Njeru Karukenya, better known as Tiger Power, Kenya’s strongest man who is known for being ran over by a Land Rover unscathed and carrying eight huge men without breaking a sweat. The 69-year-old who has made a name by performing extraordinary stunts like breaking six-inch nails using his teeth.Tiger Power discovered his extraordinary strength by accident when he was transporting his father’s coffee beans to the factory. “As I was guiding the ox-cart carrying 2.1 tonnes of coffee downhill, the brakes failed.  I guided it to the roadside and as I was lying on my back fixing the left wheel, the oxen unexpectedly pulled away running over my abdomen. Despite the heavy luggage, it did not hurt,” he recalled during a previous interview. From that moment, Tiger Power has shown his extraordinary strengths in front of villagers, students, scientists to presidents in various parts of the world. A decade ago, he dared any man in Africa to face him in a test of strength contest. No one has come so far to face the gigantic man who comes from Embu County who started his shows of power while still in school in 1963. Tiger Power, who has a diploma in physical fitness, and is studying Early Childhood Education at Kenyatta University. In 2008, he was conferred with a Head of States Commendation award. 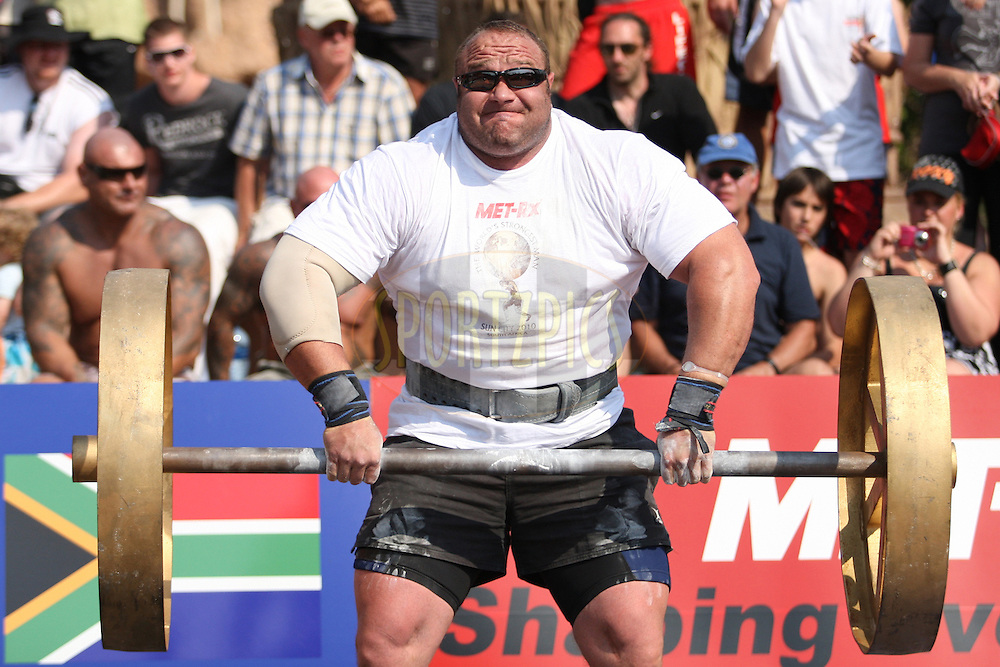 Etienne Smith was born in Johannesburg. He started his strength athletics career at the age of 26 and within five years had become crowned South Africa’s strongest man. From 2004 to 2009 he did not relinquish this title winning a record six times in a row. He has stated that his international presence in strength athletics has been curtailed by financial difficulties, although he was able to take up an invitation to the prestigious World’s Strongest Man in both 2009 and 2010. Aside from strength athletics, he owns a restaurant in Pretoria, South Africa.

A London-based Nigerian man identified as Oluwatofunmi Fadesire, has taken to his Twitter page to announce that he has been picked to represent Nigeria at the “World’s Strongest Man competition”. Fadesire also known as Olu-Heavy, who finally got his wish to participate in the world contest, shared a photo of himself with the people he would be competing with, and expressed that he finally made it.

Olu-Heavy who weighs 156kg and competes in the Super Heavyweight class for people who weigh over 120kg, posted the photo and wrote: “Finally made it. .representing Nigeria.” It was gathered that the Nigeria’s strongest man started weightlifting after watching videos of people doing the sport on YouTube. 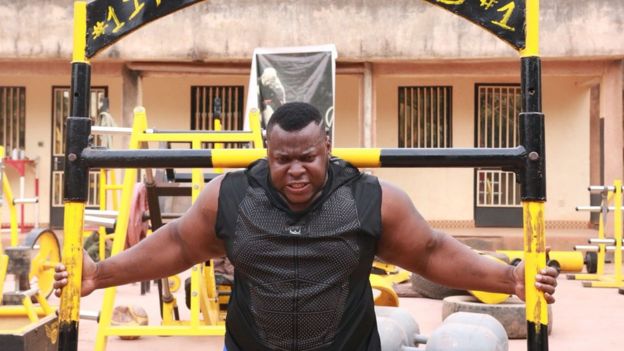 If you are 16, weigh 19 stone (122kg; 268 lbs), measure 6’2″ (190cm) and boast a 48-inch chest, the chances are that you will stand out – and Cheick Ahmed al-Hassan Sanou certainly did. Born in Burkina Faso in 1992, Biby as he is fondly called, noticed aged just five that he was different to his siblings due to his weight, and that it was a bit of an issue. “My mum said I was big from birth – weighing almost 5kg and breathing heavily – not like a baby,” he laughed as he reminisced about his childhood. “I wanted to be a sprinter – I had a bit of speed even though I was big,” he told the BBC. “But whenever I ran, and my body would wobble, the kids at school would laugh so much and point at me calling me ‘Fat Boy’. It was as if I was entertainment to them, so I gave up on that – but I never stopped wanting to be an athlete.” He endured the abuse without confrontation until his teenage years when he discovered just how strong he was – much to the surprise of an older boy who had been taunting him. “I was frustrated – I said: ‘Leave me alone,’ and pushed him away, but he flew across the room and he was shocked. I was shocked too, but I knew that day that I had some power – he never bothered me again.”