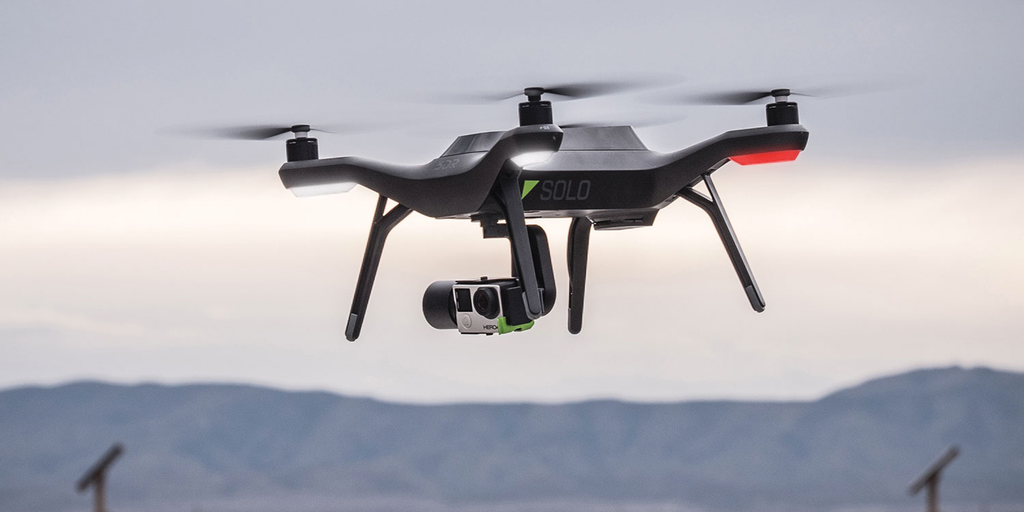 Believe it or not, most people believe that drones require massive amount of training in order to be controlled properly. They’re afraid they might damage them and/or suck at piloting a drone so that they don’t really take their chances with purchasing one. But, little do they know that there are many fully autonomous drones out there nowadays. They can do all sorts of smart features without any need of manual controlling. Some of them even feature waypoints mode that allow you to precisely draw a flight path which your drone will follow. We’re talking about sentient drones with built-in knowledge and algorithms on everything from filmmaking techniques (shot sizes, viewing angles, and screen position) to corrective obstacle avoidance and open source technology for developing the drone cinematographers of the future.

The primary subject of virtual reality is simulating the vision. Every headset aims to perfect their approach to creating an immersive 3D environment. Each VR headset puts up a screen (or two – one for each eye) in front of eyes thus, eliminating any interaction with the real world. Hollywood studios, producers, and directors alike are all turning their collective attention toward virtual reality and learning how to use VR to both tell stories and immerse moviegoers in brand new adventures.

4K resolution, also called 4K, refers to a horizontal display resolution of approximately 4,000 pixels. There are several different 4K resolutions commonly used in the fields of digital television and digital cinematography. In television and consumer media, 3840 × 2160 (4K UHD) is the dominant 4K standard. Since it’s inception the TV manufacturers and Hollywood studios have had very different opinions on how to utilize 4K video and how to distribute it. In an effort to bring these differing opinions together, Samsung announced a partnership between industry elites, dubbed the ‘UHD Alliance’, at this year’s Consumer Electronics Show (CES). This alliance will work together to standardize the use of major elements of 4K technology including terminology and deployment systems. While there is no word on the initial actions and steps the alliance is taking, the common consensus is that they will address the misconceptions around 4K and UHD.

The goggles are a new way to look at the world (and your footage!) in that they enable users to control the drone through head movements. This development in drone technology pushes the boundaries of camera control, the future of VR, and DJI’s standing in the world of aerial photography. Let’s take a look at some of the key features of this product. The goggles feature wireless “low-lag connectivity” and rely on two ultra-high definition screens at 1920X1080 — twice the resolution of normal 2k screens. They also offer an impressive head tracking feature: Your head movements control both aircraft yaw and camera tilt in Head Tracking Flight mode as with remote controller sticks. All you need to do is turn left or right to yaw left or right, and straighten your head to stop turning. In Head Tracking Gimbal mode only the gimbal will move without affecting yaw. DJI’s new Intelligent Flight Mode: Fixed-Wing Mode allows you to control the drone with your head while maintaining realistic plane movements by flying with enough rotational movement: An AR trajectory prediction feature in Fixed-Wing Mode makes using this mode in complex environments safer. Other Intelligent Flight Modes include Terrain Follow, ActiveTrack, TapFly, Cinematic Mode and Tripod Mode. You can control the goggles through a touchpad on the side or 5D button on the Mavic Pro controller with an easy-to-use, intuitive menu system. All of this means better real-time awareness of how your viewer will see your finished shot. An added benefit is that your clients can see what you’re shooting while you’re shooting it. A director can view the shot while the operator is flying the drone for real-time cinematic shot direction. Perhaps the scariest technological innovation on the horizon, algorithmic editing technologies, like the software MIT researchers are developing, may very well replace human film and video editing jobs all together. Or, depending on how you look at it, the technology may just make editing much less tedious. Either way, the breakthroughs in facial recognition, automatic labeling, and idiom appliance are all frighteningly innovative parts of the futuristic “Computational Video Editing.”