Ancient Africa had calendar systems centuries and centuries ago. Africans created the worlds’s oldest calendar, more than 300,000 years ago (150 miles west of Maputo, Mozambique). The settled area surrounding the calendar site was the size of Johannesburg and London put together. Egyptians got their knowledge from this civilization. Adam’s Calendar is the flagship among millions of circular stone ruins, ancient roads, agricultural terraces and thousands of ancient mines, left behind by  a vanished civilization which we now call the FIRST PEOPLE.

Egypt had a calendar which was based on a 360 day year, composed of three seasons of four months apiece and thirty days per month. Although the calendar officially was 360 days, there was a separate period at the beginning of each year of five days. The Africans who used this calendar dedicated these year-opening days to feasts, celebrations and for the performance of sacred rites. It was in fact an extended New Years celebration and commemoration. 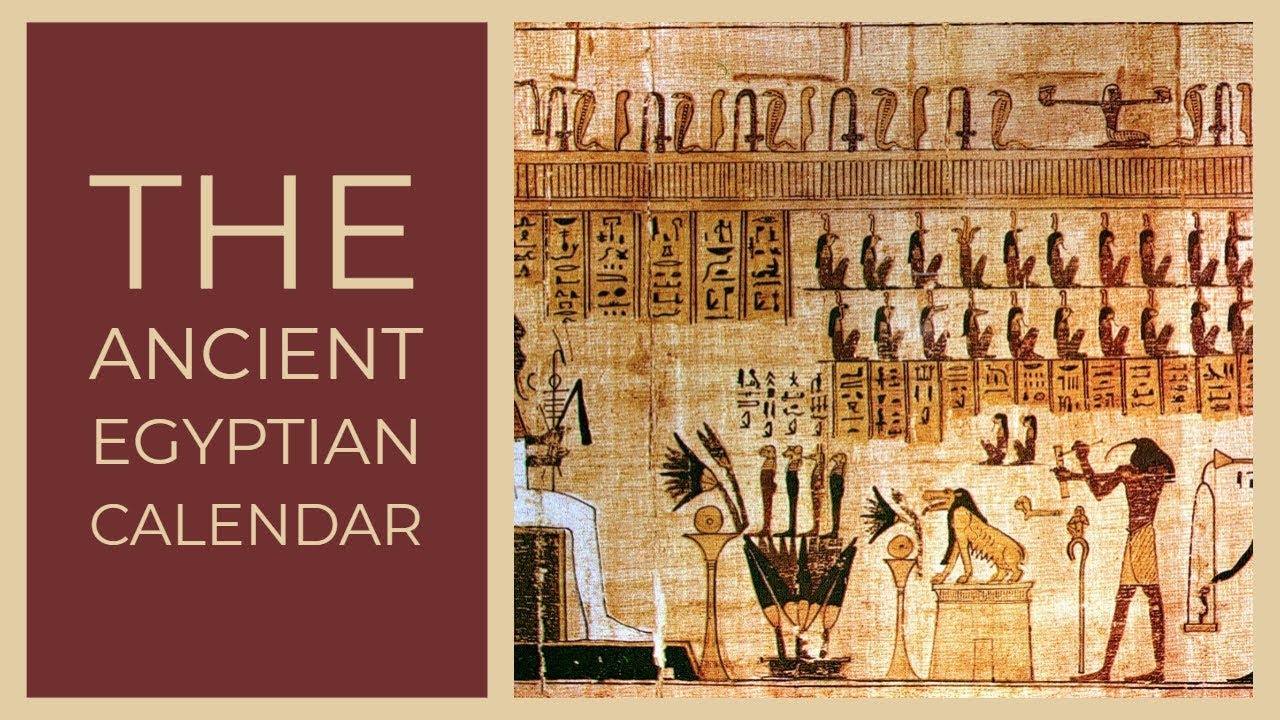 Egyptian astronomer priests tracked the star sepdet (today known as Sirius) because it was an indicator of the commencement of the very important Nile flood. It was this tracking of sepdet that led to the development of this calendar more than 5000 years ago.

As one source reports, the calendar worked in this way:

The Egyptians observed national and local festivals annually. There were many such celebrations but those listed below are among the most important and best-documented.

Wepet-Renpet Festival: The Opening of the Year – This was the New Year’s Day celebration in ancient Egypt. The festival was a kind of movable feast as it depended on the inundation of the Nile River. It celebrated the death and rebirth of Osiris, and by extension, the rejuvenation and rebirth of the land and the people.

Wag Festival: Dedicated to the death of Osiris and honoring the souls of the deceased on their journey in the afterlife. This festival followed the Wepet-Renpet, but its date changed according to the lunar calendar. It is one of the oldest festivals celebrated by the Egyptians and, like Wepet-Renpet, first appears in the Old Kingdom. During this festival, people would make small boats out of paper and set them toward the west on graves to indicate Osiris’ death and people would float shrines of paper on the waters of the Nile for the same reason.

Wag and Thoth Festival: A combining of the Wag Festival with the birth of the god Thoth and centered on rejuvenation and rebirth. This festival was a set date on the 18th day of the first month of the year. Thoth was worshiped as the god of writing, wisdom, and knowledge – among other attributes – and associated with the judgment of the dead by Osiris, thus linking the two gods. Thoth’s birth and Osiris’ rebirth were joined in this festival from the latter part of the Old Kingdom onward. 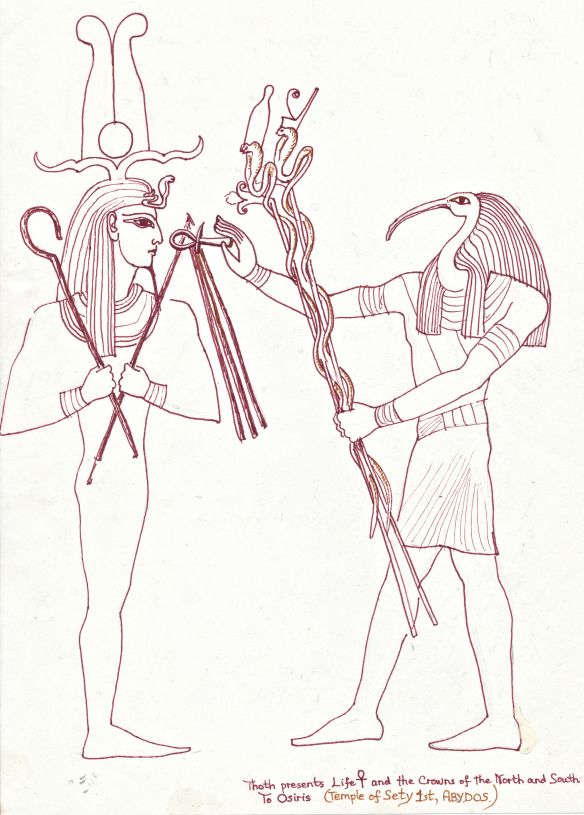 Tekh Festival: The Feast of Drunkenness: This festival was dedicated to Hathor (‘The Lady of Drunkenness’) and commemorated the time when humanity was saved from destruction by beer. According to the story, Ra had become weary of people’s endless cruelty and nonsense and so sent Sekhmet to destroy them. She took to her task with enthusiasm, tearing people apart and drinking their blood. Ra is satisfied with the destruction until the other gods point out to him that, if he wanted to teach people a lesson, he should stop the destruction before no one was left to learn from it. Ra then orders the goddess of beer, Tenenet, to dye a large quantity of the brew red and has it delivered to Dendera, right in Sekhmet’s path of destruction. She finds it and, thinking it is blood, drinks it all, falls asleep, and wakes up as the gentle and beneficent Hathor.

Opet Festival: One of the most important festivals in which the king was rejuvenated by the god Amun at Thebes. It was observed during the Middle Kingdom but grew in popularity in the New Kingdom of Egypt, where, in the 20th Dynasty, it was celebrated for twenty days. During this festival, the priests would first wash and dress the statue of Amun and then carry it out of the temple and through the streets of Thebes which were lined with people waiting to see the god. The statue was then transported to Luxor, by foot in earlier times, and later on a barge. Once at the temple of Luxor, the king would enter the presence of the god in the inner sanctum and emerge forgiven of sins and rejuvenated to continue his reign.

Sokar Festival/Festival of Khoiak: Sokar was an agricultural god in the Early Dynastic Period in Egypt (c. 3150 – c. 2613 BCE) whose characteristics were later taken on by Osiris. In the Old Kingdom, the Sokar Festival was merged with the solemn Khoiak Festival of Osiris which observed his death. It was a very somber affair in its early form but grew to include Osiris’ resurrection as well and was celebrated in the Late Period of Ancient Egypt(525-332 BCE) for almost a month. People planted Osiris Gardens and crops during the celebrations which honored the god as the plants sprung from the earth, commemorating Osiris’ rebirth from the dead. The planting of crops during the festival no doubt dates back to the early worship of Sokar.

Bast Festival: This was the celebration of the goddess Bastet at her cult center of Bubastis and another very popular festival. It honored the birth of the cat goddess Bastet who was the guardian of hearth and home and protector of women, children, and women’s secrets. Herodotus claims that Bastet’s festival was the most elaborate and popular in Egypt. Egyptologist Geraldine Pinch, citing Herodotus, claims, “women were freed from all constraints during the annual festival at Bubastis. They celebrated the festival of the goddess by drinking, dancing, making music, and displaying their genitals” (116). This “raising of the skirts” by the women, described by Herodotus, exemplified the freedom from normal constraints often observed at festivals but, in this case, also had to do with fertility.