White supremacist ideology has found a home in both major political parties in America at different times in the country’s history. But it has not always been openly acknowledged, receding into coded language and whispers when out of political favor. In the decades after Reconstruction and after World War I, however, politicians shouted racist, xenophobic speeches through bullhorns, inciting thousands of lynchings across the country. 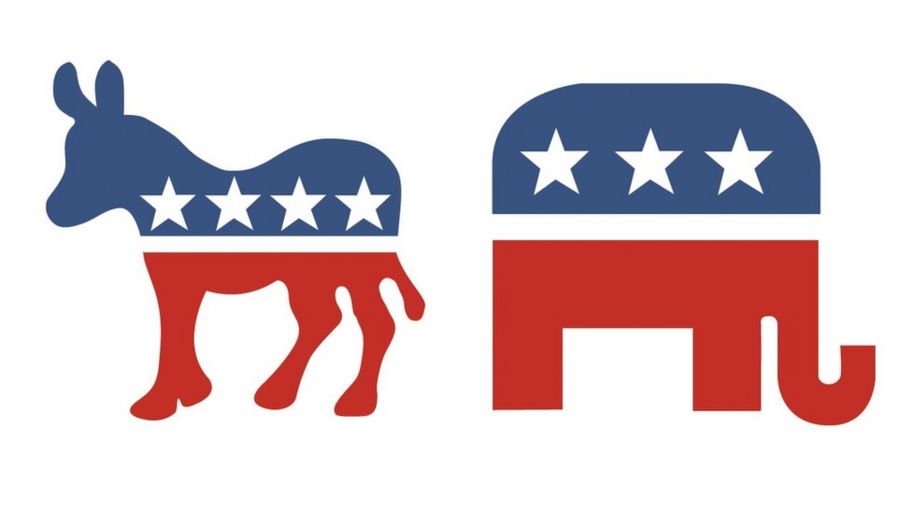 One incredibly bloody mass killing, the so-called Tulsa “Race Riot” of 1921—actually a massacre and decimation of a thriving business district—has come back into public consciousness after a fictionalized depiction on HBO’s Watchmen series. Twelve years earlier, another definitive event took place in Wilmington, North Carolina. If mentioned at all, it’s been glossed over quickly in textbooks and the town’s historical memory, but the Wilmington Massacre is part of a history of racial terrorism many celebrated openly, then sought to suppress, deny, and ignore when it became embarrassing.

Yale professor of history Glenda Gilmore calls the period a “50-year black hole of information.” Growing up in North Carolina herself, she says, “I had never heard the word ‘lynching’ until I was 21.” In fact,  librarians in Wilmington refused even to release materials related to the massacre. This is odd considering its significance to American history as the only successful violent overthrow of an elected U.S. government on U.S. soil.

It was a coup (despite the way that word has been deliberately misused) involving no due process or constitutional checks and balances. The violence began on the morning of November 10, 1898, when the offices of The Daily Record were set on fire. By the day’s end, “as many as 60 people had been murdered, and the local government that was elected two days prior had been overthrown and replaced by white supremacists,” writes The Atlantic.

This was no spontaneous riot. The events had been planned and promoted by the most prominent leaders in the city and state, who gathered at the Thalian Hall opera house in Wilmington the previous month to hear a speech in which Democratic Congressman Alfred Waddell declared “We will never surrender to a ragged raffle of Negroes, even if we have to choke the Cape Fear River with carcasses.”

This kind of rhetoric was commonplace. White supremacist clubs around the State, goaded on by South Carolina senator Ben Tillman, resounded with talk of “shotgun politics” to oust elected Black Republicans. After Waddell’s Thalian Hall speech, he traveled to Goldsboro for a “White Supremacy Convention” attended by 8,000 people. There, Major William Guthrie promised, “Resist our march of progress and civilization and we will wipe you off the face of the earth.” 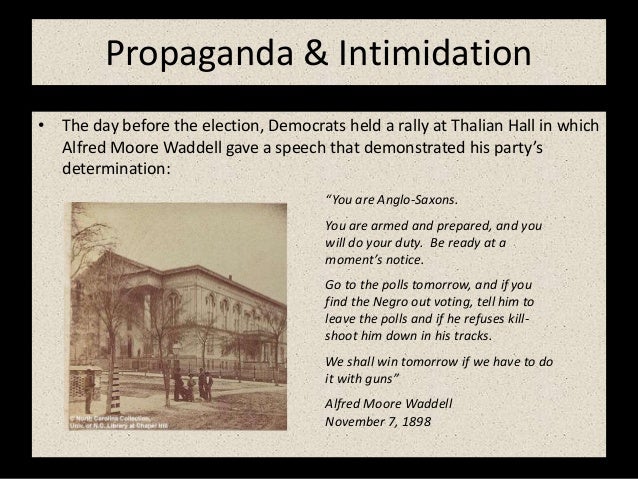 The convention was hailed in The Fayetteville Observer as “A White Man’s Day.” and Tillman’s exhortation “in behalf of the restoration of white rule” by violence was called “a great speech for democracy.” The massacre and overthrow of Wilmington’s government followed soon after. Historians were able to reconstruct the events after their suppression in part because they were so widely celebrated for decades afterward. “In the 1910s, 1920s, 1930s, 1940s, they bragged about it,” says historian David S. Cecelski.

Shallow partisanship aside, the fact remains: what the Wilmington insurrectionists and their allies and inciters campaigned, burned, and killed for was a return to the oppressive rule of an elite white minority, against a multiracial democratic coalition that had united former slaves and poor white farmers in a fusion government representing working people in North Carolina and the thriving, majority Black population in Wilmington, its largest city at the time.

Learn more about the history of the Wilmington Massacre in the Vox video below and in the excellent collection Democracy Betrayed.

Credits to Josh Jones a writer and musician based in Durham, NC. Follow him at @jdmagness